I almost forgot. This seems relevant though. When working as co-owner of Taiko, we developed a method for visualizing social networks.

For more information, please take a look @ Taiko and @ LaRed . Or contact me.

Most likely you’ve also read something about the recent leaked personal opinions of US politicians and diplomats. I’m not really interested in who exactly did leak this information or by what intention. I’m curious however whether this leakage will really harm current and future diplomatic relations or not.

Why can’t this have a constructive effect? In everyday business we have a tool called ‘intervention’, designed to ‘leak’ and overcome bottlenecks of personal interaction.

Leaked diplomatic memos from the U.S. ambassador in Paris cast French President Nicolas Sarkozy as “hyperactive” and impulsive, an authoritarian leader surrounded by aides who don’t dare challenge him. (source)

An intriguing alliance: American diplomats in Rome reported in 2009 on what their Italian contacts described as an extraordinarily close relationship between Vadimir V. Putin, the Russian prime minister, and Silvio Berlusconi, the Italian prime minister and business magnate, including “lavish gifts,” lucrative energy contracts and a “shadowy” Russian-speaking Italian go-between. They wrote that Mr. Berlusconi “appears increasingly to be the mouthpiece of Putin” in Europe. The diplomats also noted that while Mr. Putin enjoyed supremacy over all other public figures in Russia, he was undermined by an unmanageable bureaucracy that often ignored his edicts. (source)

Angela Merkel’s role as Germany’s and Europe’s leader is undisputed. No other leader of a large member state is politically fit enough to offer himself up as a leader, … . However, she is conscious that her strength derives largely from the weakness of her counterparts and other factors beyond her control. (source)

Yes I know, normal ‘professional’ interventions usually take place behind closed doors. And such results are not to be leaked online. Could you imagine Poetin, Berlusconi, Merkel and Obama in a get together group intervention? I.e. using the endresult of this idea I issued earlier.
Suppose they do meet up for an intervention, would you be interested in the outcomes or not? Would your knowledge of the outcomes effect their decision making?

[?] Are there other conditions besides ‘lack of context’ that make visualized reciprocity harmful?

[?] Are there other conditions besides ‘contextual awareness’ that make visualized reciprocity useful?

[.] Chapter 2.3 describes a Theory of Reciprocation, originating from behavioral science: “In the case of common bond there is direct reciprocity, and in the case of a common identity there is general reciprocity. … Social psychologists have found that the urge to reciprocate is deeply ingrained (Cialdini, 2001). … Voting on web sites is sometimes done in the context of reciprocity (Dellaroca et al, 2004). … Networks of reciprocity are highly motivating, and encourage participants to maintain an awareness of the community that surrounds it (Sadlon et al, 2008). A community designed on the basis of common identity is said to be more stable when compared to a community designed on the basis of a common bond  (Ren et al., 2007).”

[?] Does this mean that personal relations are more important for / more effective in group decision making than relations between groups, that is from a ‘group-as-a-whole perspective’ ?

[.] Sankaranarayanan continues: “According to Milgram (Milgram, 1997) and Zajonc (Zajonc, 1986), visually representing people in an online group help people form personal attachment to each other even without communicating with each other. Visualization of actual communication flow among community members can create bonds between friends of friends by helping people fill in gaps (Ren et al, 2007). Making contributions visible in a community as a whole leads to some extent of recognition of the member’s contributions. So visualizing reciprocal and non reciprocal relationships might help members to recognize their current position in the community.”

[?] Could we extrapolate and hypothesize that an ‘awareness of ones position in a group’ would make the group a better decision making unit as a whole?

[-] I wonder why the final intervention was choosen. I seams to suffer information overload (despite earlier notion of visual overload, a common side effect -as stated- due to a vast amount of related subjects).

[?] What workaround would visualization of reciprocity have to offer, when avoiding visual complexity?

On my wishlist is a small number of games to explore. 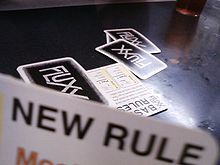 This game is based on changing rules! Nice.

A new evolving type of game playing are collaboration games. In Haarlem you can find Spellenhuis, publisher of spelregeluitleg.nl. The owner produces short movies about all kind of (board) games, including collaboration games like Krakow and Pandemic.

I bought a new book, Dataflow 2. The book is filled with very pretty imagery based on complex information, but why are those images not self explaining? Form follows function has missed a turn. Sure I do like visual complexity, but what about visual simplicity? 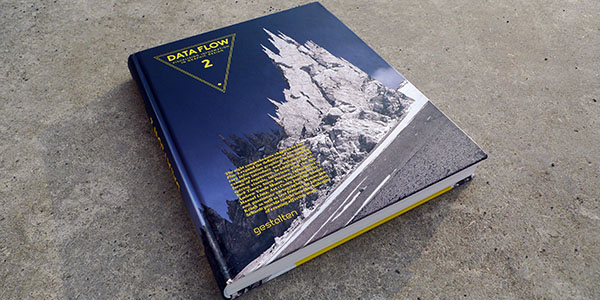 Create your own opinion after seeing this review

Anyway… I should have bought a very elegant example of graphic design. In the same shop. The Tabletto 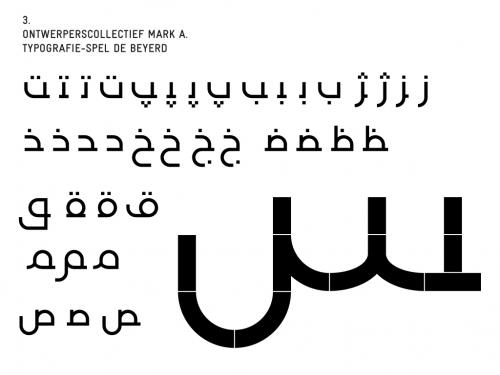 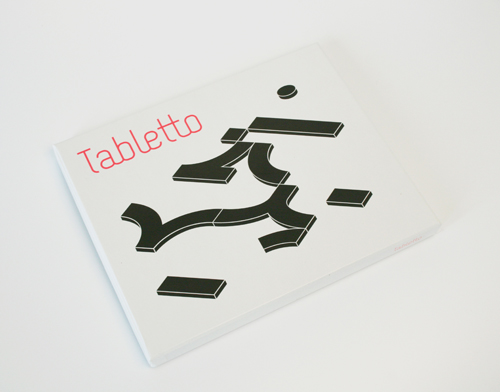 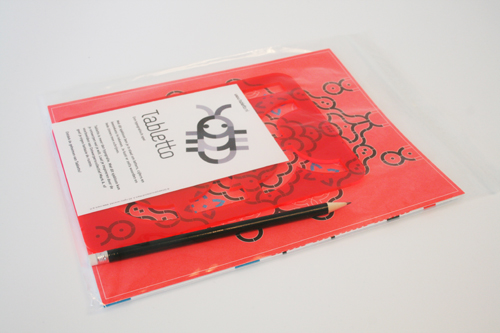 Simple and beautiful. All available @ the graphic design museum Breda. Or use this webform.

Link to other work of Joan Morris Di Micco

THE THESIS
abstract
[.] “This thesis proposes that technology in face-to-face settings can be used to adress the social factors that have a damaging influence on group decision-making in progress”
The differentiates by excluding a mediator. It uses “visualizations to the group {, visualizations} of individual levels of participation and turn-taking behavior.
Realtime visualization of participation levels ‘capped of’ excessive participation, whereas realtime visualization of turn-taking did not produce this change. Feedback of turn-taking in between the sessions did. Only groups with poor information sharing strategies did benefit reviewing turn-taking patterns.
“The central finding of this research is that displays of social information, viewed during or after a meeting, bring about changes in a group’s communication style, highlighting the potential for such displays to improve real-world decision-making.”

POINTS OF INTEREST
[!] In chapter 3 Visualizing behavior I find some interesting quotes:

1) “Social translucence … {is a principle} of increasing visibility of behavior and interaction patterns”
2) “By producing an automatic summary of the group interaction and allowing a group to replay it, I hypothesize that Second Messenger 2.0 can similarly assist groups in understanding and improving their interactions”

[!] Use collaboration technology within the role of a social facilitator to adress the issues of group behavior, rather than as a process or communication mediator.

[.] 1-A Theoretical grounding
“First, determine ways to increase vigilance in considering choice alternatives (Janis 1982); second, work to limit the effects of group polarization (a group’s tendency to shift towards risk or caution) (Brown 1986); and third, discover ways to increase the sharing of information between individuals (Stasser 1987).”
The idea arises that there might be a beter way towards group decision making, besides training (leadership & procedures).

[!] 1-C Mediation technology
Technology as a mediator has it’s negative side effects (trust issues, lower rates of accuracy, time consumption, declarative statements over information based statements, polarization). DiMicco suggests Media-Richness Theory, focussing on ‘the limitations of our ability to express ourselves in the current media’, rather than on our group processes.

This is one (happy) workspace for making piles of articles, shifting potential literature from redundant notes and other stuff 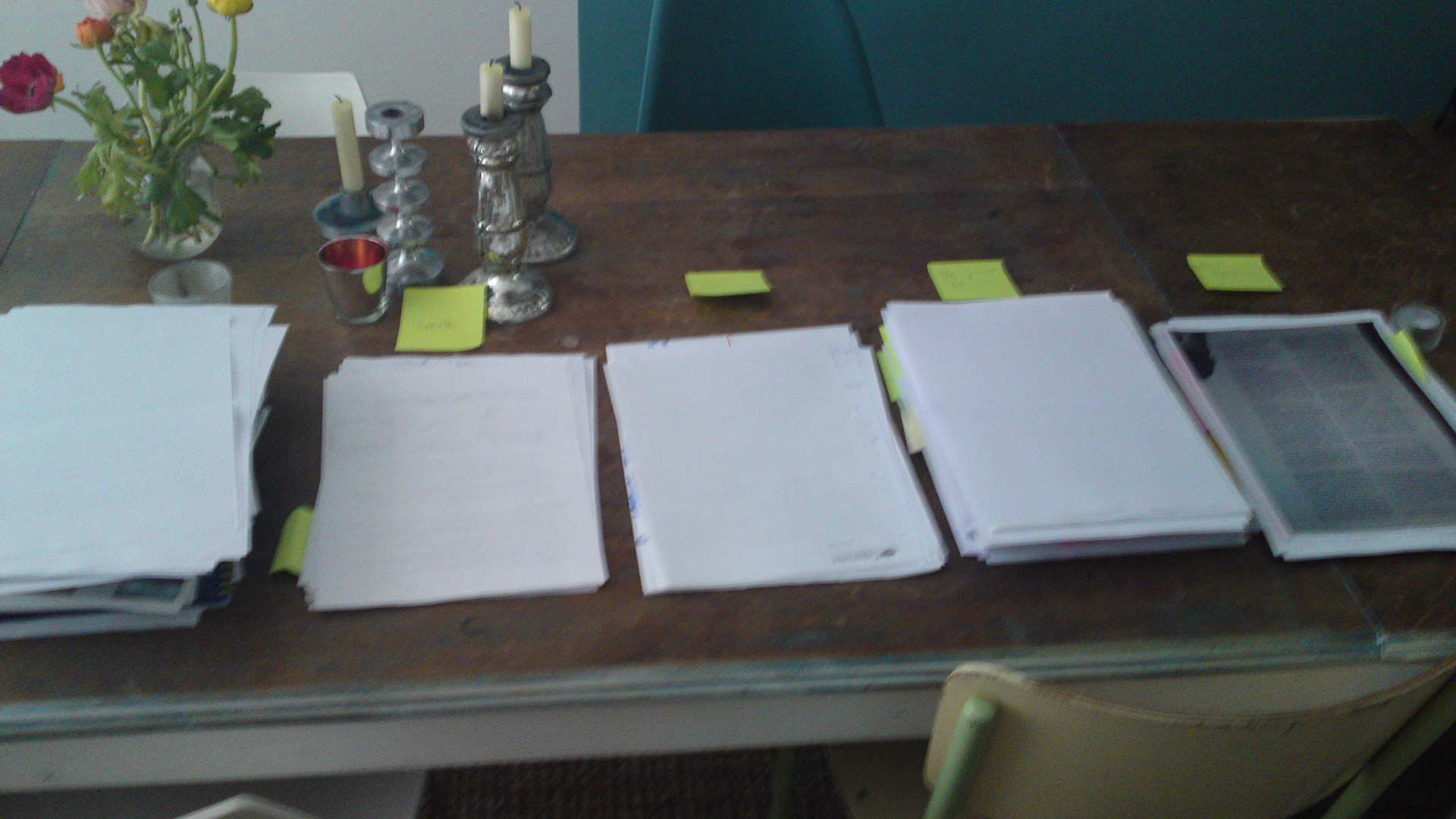 This is another (more clinical) workspace for reading and processing selected literature. 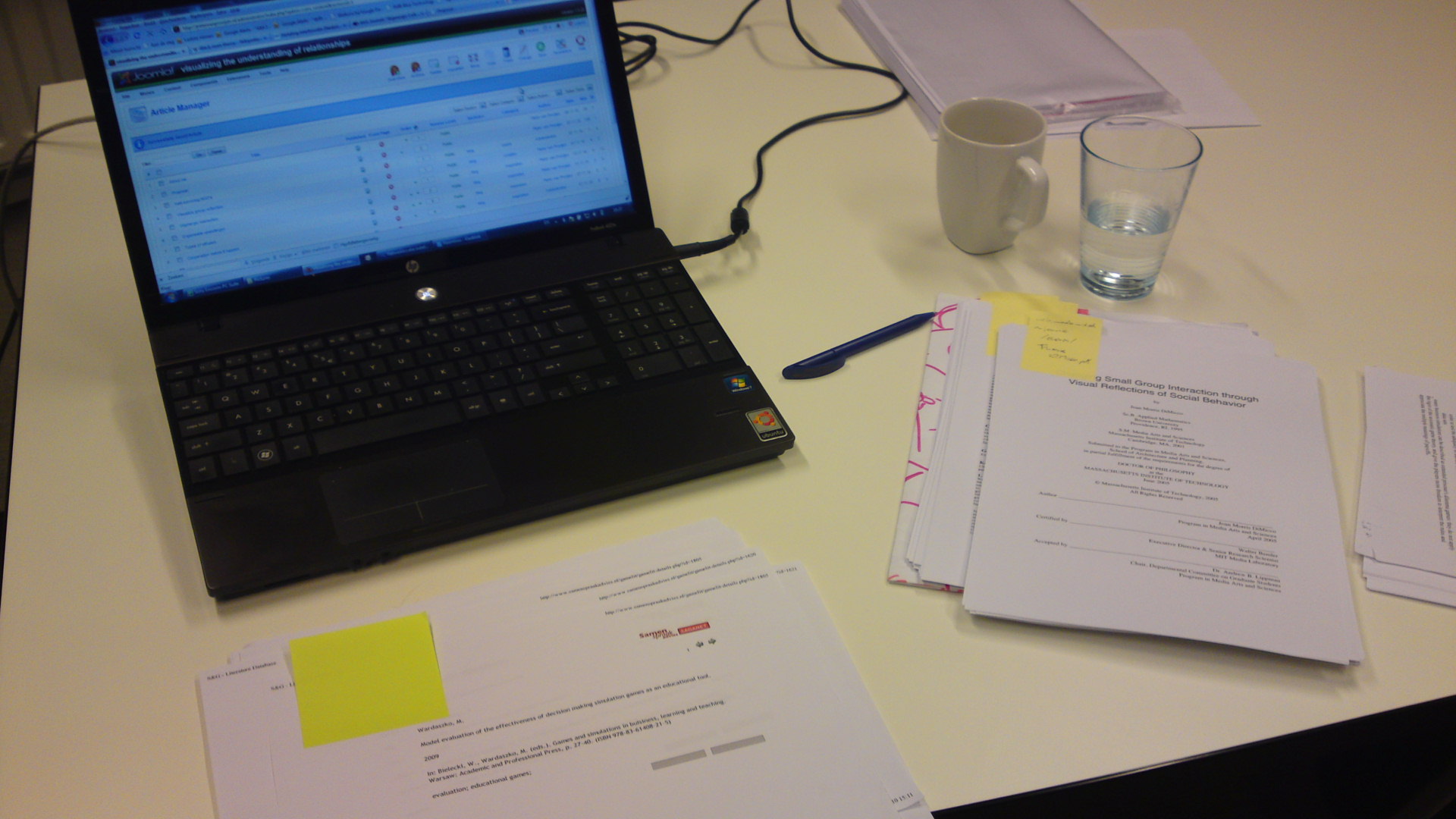 The research of Mark Elliot about Stigmergic Collaboration (2007) concludes with paragraph ‘Future directions: Participatory governance…’ refering to the interface below as an example of mass collaboration. This award winning interface triggers a thought. 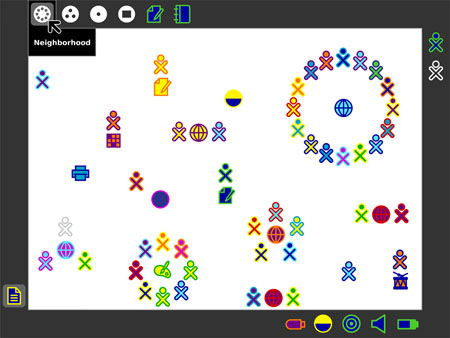 [!] In combination with the potential of ‘Organisation Arrangements‘, a visualization like the one above could be interesting way of feedback of group behavior. I’m thinking of displaying realtime feedback of dynamics in group relationships and group intentions. I’m thinking about the introduction of group interference, based on existing but unspoken behavior and (silent) intentions:

[?] How could already existing differences be magnified to positively effect the collaborative task at hand, while minimizing negative, unwanted side effects of this magnified differences?

If you too want to explore this idea, while I’m still setting up my research, go ahead! And please keep me informed.
If you already know other initiatives about visualizing group behavior, please leave a comment below.

THE ARTICLE
abstract
[.] About the need for effective data visualization which minimizes information overload and introduces misinterpretation by simplified visualization based on aggregations.
A visualization approach was developed… for all {5} of the classes of models based on frames of reference for time and physical location within the environment.

POINTS OF INTEREST
[!] 1.2 – 5 Classes of population models. This paragraph describes classes that study the believes of groups and how their beliefs change as a result of events

[!] 3.2 – Information requirements …
This paragraph states that Group Ideollogy Models are best for usa as inherent mechanisms for visualizing causality. I quote: “…driven on every day perception as opposed to survey data. Each group has their beliefs which may be inaccurate, incomplete and inconsistent. The model directly represents the qualities of a belief and uses those qualities in infer relations to other beliefs, an thus derive corresponding interventions. This makes the model a good candidate for projecting short term population reactions and beliefs.”
I see the value of the suggestion to use this model in combination with the social network model (which lacks an explicit mechanism to show causality).
The Ideology model and Group Dynamics Model are said to be quite similar, however “the knowledge within the Group Dynamics Model is focussed on group dynamics rather than ideology. … It studies information  exchanges between the groups involved and identifies optimal strategies for influencing their behaviors” With reference to ‘A balanced approach for LLOs {Logical Lines of Operations} using group dynamics for COIN {COunterINsurgency, military} efficacy’ (2009).

COMMENTS
[-] I would argue against the suggested “predictive potential” of models on behavior. We are not dealing with waterheights in a river. We’re talking about ‘black swanish‘ human group behavior.
[-] This article does not really describe interaction between groups. It describes one way analysis and Courses Of Action based on that analysis.
[!] However I do see value in the proposed usage of visualizations. I.e. maps, because this places (and keeps) information within it’s context (over time). This reminds me at the oration of van Marrewijk (2009). First he quotes Kreiner (1995): “Traditional functional and instrumental approaches decontextualize complexe projects…”. Second he adds up Hodgson & Cicmil (2006): “…but don’t offer understanding of the complexity and cultural dynamics”. He continues that: “project organisations are after all not situatied in a stable … context in which project related goals and activities are clear and workprocesses can be predicted”. In my earlier post ‘Serendipity and negotiation‘ a simliar bottleneck in a political bureaucratic context is discussed.
Taking my personal experiences into account – concerining the development innovation dashboards and implementation of shared portfolio’s – this threat of ‘decontextualization’ in is apparent in a multidisciplinar complex context.